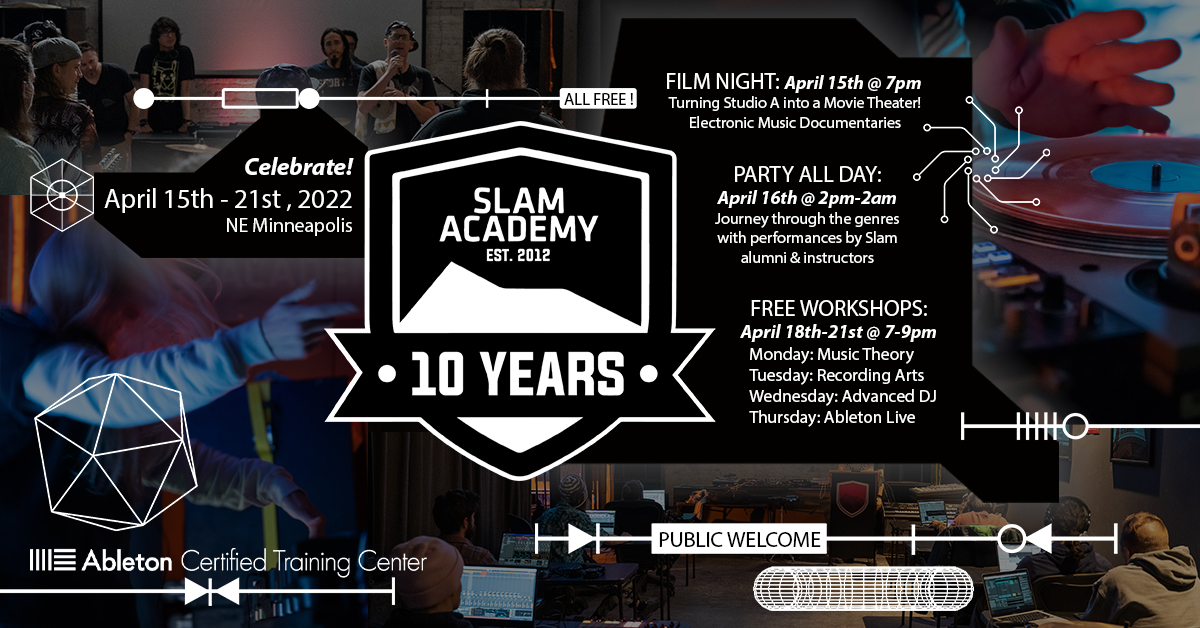 Join us in celebrating Slam Academy’s 10 year anniversary with a weekend of film, music and dance, followed by a week of free workshops at our studios in NE Minneapolis.

In 2012, Slam Academy became the first independent electronic music school in Minnesota with the purpose of empowering people to express themselves through sound. Combining cutting-edge technical education with methods for unlocking student’s creative potential, they have created an inclusive environment to learn modern music production and explore sound art on a deeper level. Now a decade old, Slam Academy is the Midwest’s premiere electronic music school and the only Ableton Certified Training Center in the region. 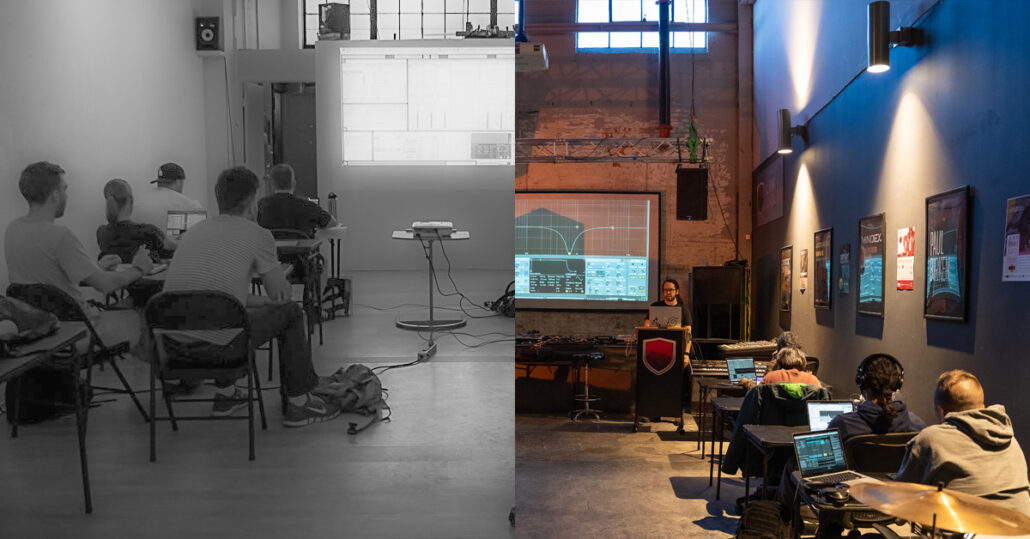 Slam Academy founders Dr. J. Anthony Allen and James Patrick met nearly 20 years ago through the University of Minnesota's Electronic Music Club, where they co-curated an international electronic music festival called The Spark Festival. The festival had an incredible run for 7 years, featuring a wide range of electronic music and art installations and performances from around the world.

Both Allen and Patrick had already found their footing as niche electronic music educators at Universities and technical schools before meeting, and during those years curating together at The Spark Festival realized their shared vision and values now embodied in Slam Academy’s mission:

Slam Academy is devoted to creating a non-competitive, experiential learning environment to anyone who seeks it. We believe that each of our students has something valuable to say, and our ultimate goal is to empower them with the ability to release it through music. 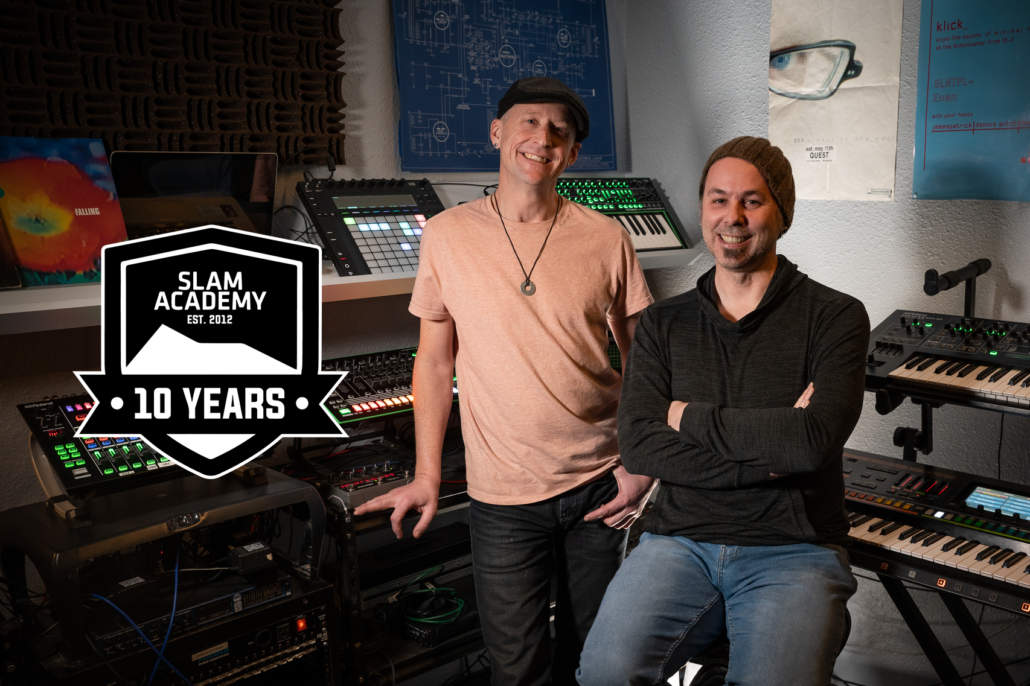 To celebrate the past decade of business, Slam Academy will be hosting a weekend of music, film, and festivities, followed by four days of free workshops at our studios in NE Minneapolis Friday, April 15th - Thursday, April 21st.

Plus, all week there will be opportunities to play and win raffle tickets for a chance to take home some big prizes, including: private lessons and Membership to Slam Academy, software plugins from Ableton Live, and an Akai MPK-mini controller.

We’re turning Studio A into a cozy movie theater for the night, complete with popcorn! We’ll be showing documentaries that collectively offer a masterclass in the history of electronic music:

explores the rise, fall and rebirth of a machine that shaped electronic music: the Modular Synthesizer. Musicians including Trent Reznor (Nine Inch Nails), Gary Numan, Carl Craig, Morton Subotnick and Vince Clarke (Erasure) talk about their passion for the modular synthesizer, and how it influences their music, while newer EDM artists including Clark, James Holden and Factory Floor discuss why they've embraced its sound and physicality.

Journey into Chapeltown’s ghetto in Leeds where a local youngster Mark Iration revolutionised the Dub scene alongside his long-time accomplice in musical murder Dennis Rootical. From growing up in a West-Indian community and bumping their ghetto blasters, to building the huge Iration Steppas sound system and becoming a major player that changed the course of music history.

traces the evolution of machine-driven music by examining early innovative composers including Kraftwerk, Giorgio Moroder, and Afrika Bambaataa alongside the Motor City mavericks and British youth who used drum machines to escape their urban neglect and forged new movements in music. 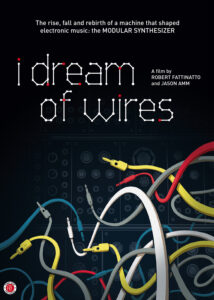 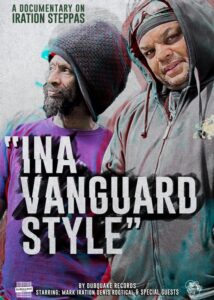 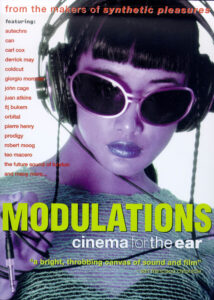 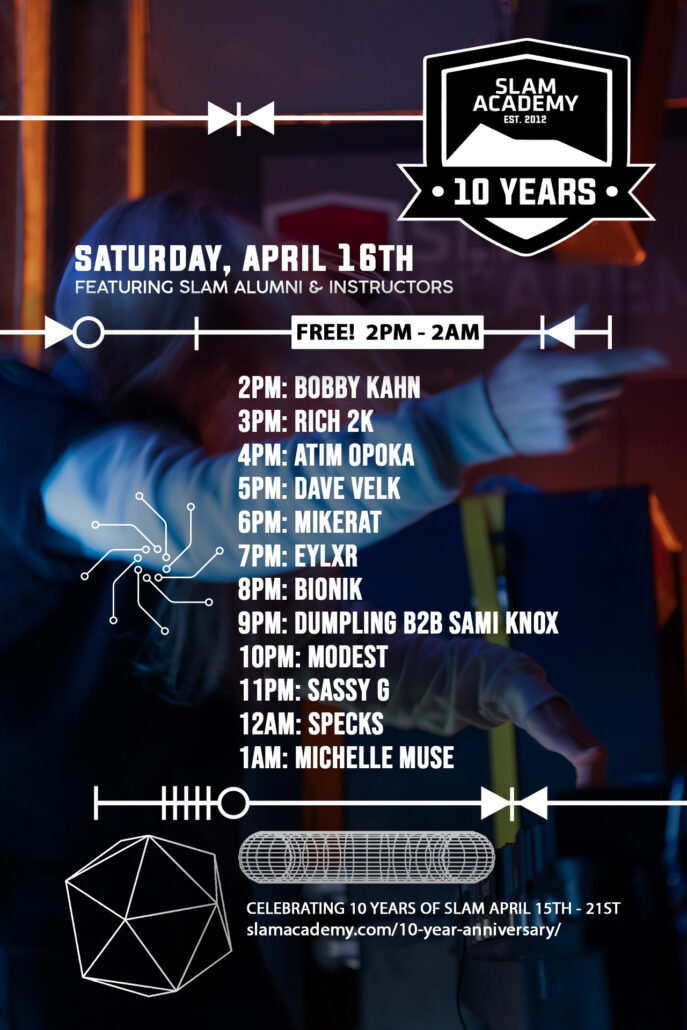 Monday, April 18th - Thursday, April 21st, all workshops are open to the public; registration required https://slamacademy.com/free-workshops-events/ Get an introduction into four of our upcoming programs: Music Theory, Recording Arts, Advanced DJ, and Ableton Live. All workshops held 7-9pm in our NE Minneapolis Studios.

Learn the magical ways of harmony, melody, and rhythm through the lens of world renown music educator, author, and Ableton Certified Trainer Dr. J Allen. His ground-breaking book “Music Theory for Electronic Musicians” guides the curriculum of our online Music Theory course, and this workshop is a great introduction to the course material.

Juggling, scratching, using FX, and seamlessly blending genres and tempos is just a small sampling of what is to come in our upcoming Advanced DJ course and workshop. Led by DJ Kasper (Timberwolves, V-Recordings, Good Looking Records), this look into turntablism techniques is perfect for those who love to collect and share music.

Ableton Live is one of the most popular digital audio workstations for producers of all kinds of music both amateur and professional alike. Our full 6-month program covers nearly every detail of this powerful software, and this free workshop is a great opportunity to dip your toe in! Led by one of the first Ableton Certified Trainers in the world, Slam Academy co-founder James Patrick. 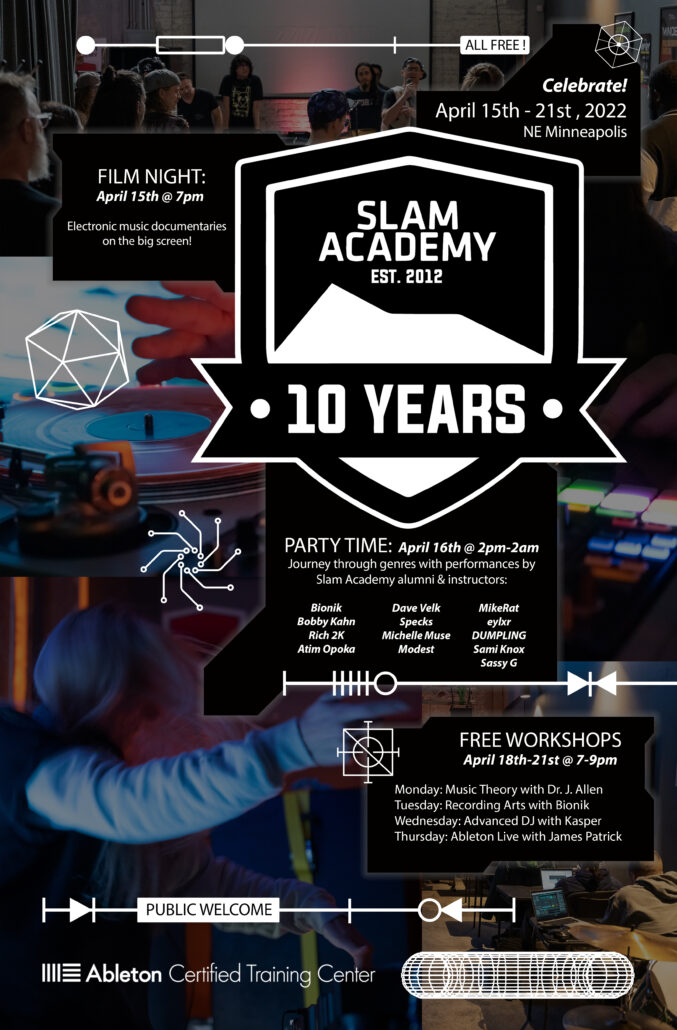 We use cookies on our website to give you the most relevant experience by remembering your preferences and repeat visits. By clicking “Accept”, you consent to the use of ALL the cookies.
Slam Academy does not sell your personal information.
Cookie SettingsAccept
Manage consent

This website uses cookies to improve your experience while you navigate through the website. Out of these, the cookies that are categorized as necessary are stored on your browser as they are essential for the working of basic functionalities of the website. We also use third-party cookies that help us analyze and understand how you use this website. These cookies will be stored in your browser only with your consent. You also have the option to opt-out of these cookies. But opting out of some of these cookies may affect your browsing experience.
Necessary Always Enabled
Necessary cookies are absolutely essential for the website to function properly. These cookies ensure basic functionalities and security features of the website, anonymously.
Functional
Functional cookies help to perform certain functionalities like sharing the content of the website on social media platforms, collect feedbacks, and other third-party features.
Performance
Performance cookies are used to understand and analyze the key performance indexes of the website which helps in delivering a better user experience for the visitors.
Analytics
Analytical cookies are used to understand how visitors interact with the website. These cookies help provide information on metrics the number of visitors, bounce rate, traffic source, etc.
Advertisement
Advertisement cookies are used to provide visitors with relevant ads and marketing campaigns. These cookies track visitors across websites and collect information to provide customized ads.
Others
Other uncategorized cookies are those that are being analyzed and have not been classified into a category as yet.
SAVE & ACCEPT